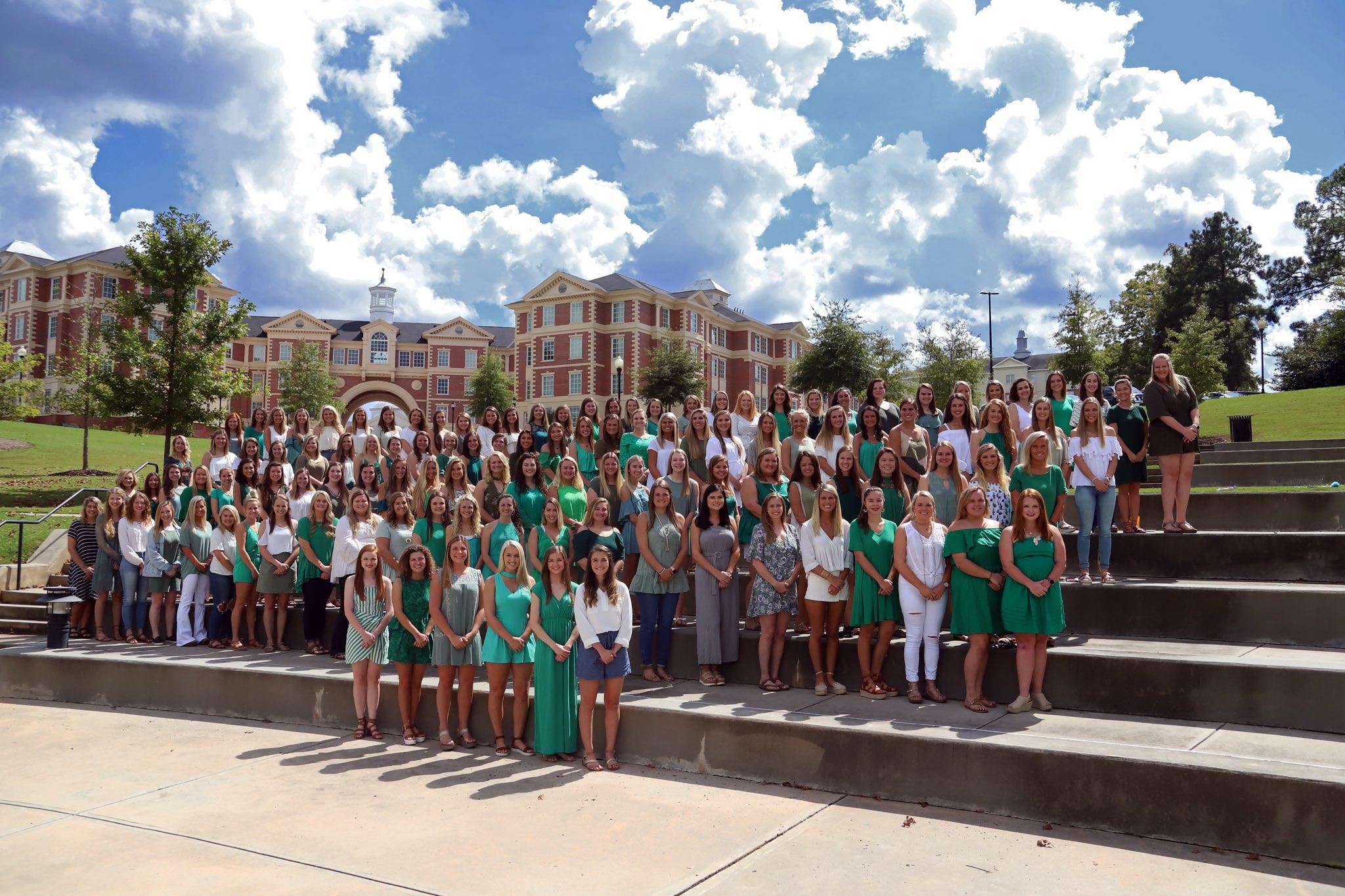 Since our founding as the Delta Delta chapter at Troy University on January 15, 1966, we have worked each day to uphold our motto: "Let us strive for that which is honorable, beautiful, and highest." Kappa Delta inspires each member to live a values-based life and reach their potential by offering opportunities for leadership, personal development, academic success, and community service. Kappa Delta accepts its members for who they are and challenges them to develop into the women that they dream of becoming. Being a Kappa Delta means belonging to a group of exceptional women who will stand by your side through both the good times and the bad and will love you even at your most unlovable moments. A Kappa Delta sister is one who lifts you up, never lets you down, and reminds you that it's a pretty nice world after all. Our sisterhood cannot be defined, nor can it be explained. It is a feeling so deep and so meaningful that it can almost be called an emotion. It is the sisterhood that we share at Kappa Delta that we will cherish and remember long after our time at Troy University.

As a part of the Troy University Greek community, Kappa Delta sisters also form meaningful relationships with our fellow Panhellenic women and Fraternity men. Our community is strong and unified, built on common values. Together we give back to Troy University and the surrounding community. Our annual Shamrock philanthropy events benefit Prevent Child Abuse America and the local Pike Regional Child Advocacy Center.

The women of Kappa Delta are highly involved on and off campus and frequently are recipients of numerous awards and honors. Each of our members are also involved in at least one on-campus organization, holding offices in many of those organizations. Kappa Delta sisters are also active in honor societies, theater production, church groups, community programs, and other various organizations. During the annual Order of Omega banquet honoring outstanding Greeks, our chapter was awarded the Dean's Cup for the previous year. It is an award given by the Order of Omega Greek Honor Society each year to the top sorority and fraternity based on academics, philanthropy and fundraising, community service, and campus involvement. Additionally, our chapter was ranked #1 in grades for the past three consecutive semesters, with the highest overall GPA out of all of the sororities at Troy University, and we were honored with the Troy University Panhellenic Council Excellence in Academics Award. Delta Delta won two awards at Kappa Delta's National Convention in 2015: Academic Excellence Award and Achievement Chapter.